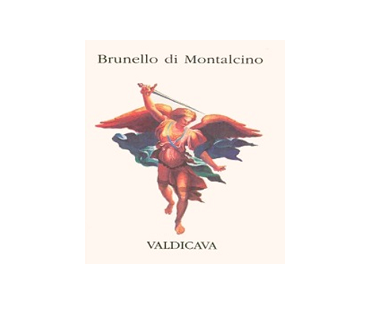 "Wonderful aromas of roses and sliced plums with wet earth and truffles. Then turns to raspberries and blackberries. Cherries, too. Full and firm with super integrated tannins that melt into the wine. It flows from the center palate in a beautiful sheet of fruit and tannins. Extremely long and coated with great finesse. Goes on for minutes. Better in 2022, but already a joy to taste. "(10/2019) 99 points James Suckling

Epic 2015 Brunello vintage, the wines are truly special. The 2015 Valdicava wines are Vincenzo Abruzzese’s masterpieces and he has been talking about these wines for the past four years as if they were his firstborn. With this vintage, Valdicava has produced its two highest-reviewed wines to date (their first 100 point that's not a Riserva and a 99 point Brunello). The classic 2015 Valdicava Brunello, the winery's finest yet, is another triumph and for those who love the wines of Valdicava, this is a must for the cellar. As you probably know, Valdicava is among Brunello's oldest and most important producers crafting exceptional, age-worthy wines since 1968.

“The great territories of wine, to become such, need great vintages. And that of Brunello di Montalcino, after such celebrated vintages as 1997, 2006, 2007 and 2010, just not to go back in time, has had several ones. But 2015, which will enter the market in 2020, really seems to be one of those destined to remain in history.” James Suckling

ABOUT THE 2015 BRUNELLO VINTAGE: To say that I’m thrilled about our 2015 Brunello offers is a huge understatement! 2015 was a stupendous vintage across Italy, and the Super Tuscans that were released over the past few years were some of the best ever. Now it is time for Tuscany’s crown jewels – Brunellos – to take center stage! The excitement about this vintage has been building for a while, and the early press is staggering, with James Suckling calling it a ‘fairy-tale vintage’ and a ‘historical year for Brunello di Montalcino that nobody should miss.’ Mother Nature delivered a perfect growing season, and the producers were ready for it! Many producers feel these are their best wines ever, with terrific depth and balance. Pricing has stayed relatively close to those of the past five vintages, making the 2015 Brunellos some of the greatest values in the wine world. Many will be the finest example of Brunello that the estate has produced.