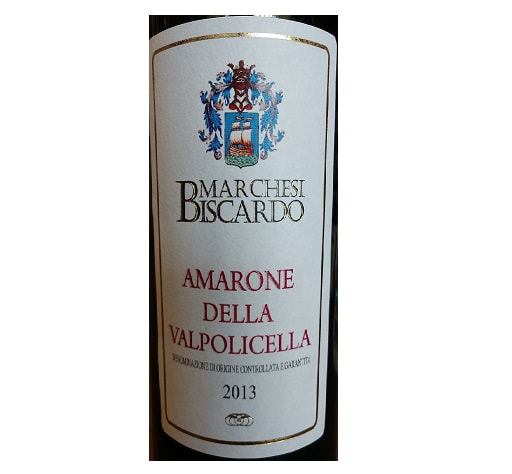 About the Producer: Marchesi Biscardo, belongs to a family of wine makers that has been making wine in Verona for four generations. Beginning with his Great Grand Gather Terenzio Biscardo who had the idea to label the beautiful nectar that was coming out of our vineyard in Valpolicella, and by doing this he started the Biscardo brand, synonymous of high quality and traditional wines of Verona.

Growing up in a little village called Bussolengo, in the suburbs of Verona, the enchanting city of Romeo and Juliet, he watched trucks with his family name on the side delivering wine everywhere in Italy. In the mid 80s his Uncle and Father decided to quit the company and they sold their shares to their uncle Luigi Biscardo.

Successfully in the wine business as a trader, my father was selling wine around the world, but not our own wines, as there was not such a thing anymore.

In 2000 Marchesi developed a partnership with a winery in Verona that let him use their facility to produce his own wine. By selecting the best grapes from the most suitable areas in Valpolicella and with the support of two excellent wine makers, Giuseppe Vassanelli and Giuseppe Gallo he now produces the famous Amarone della Valpolicella, the Valpolicella Classico Ripasso and the Marchesi Biscardo name is now on the bottles of his wines.