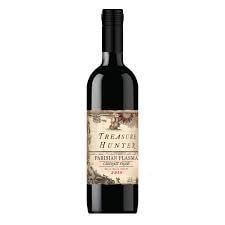 Winery Notes: Here’s another super tiny lot from the cellars of the royalty of Walla Walla.

The royal lineage of France was descended from Hughes, elected King in 987. They say his blood was 100% Cabernet Franc and that he could put an iron sword through 10 men – that he could woo 1,000 maidens with just a wink and that he was wiser than all the owls of France.

From this lineage, we give you, Parisian Plasma. This wine is an arrogant, lip-smacking elixir with silken ribbons of Kashmir pomegranate and Yoshino cherry flavors and a dash of savory herb and coffee. With a freshness that is fresher than The Fresh Prince of Bel-Air, Parisian Plasma is for the King or Queen in all of us.