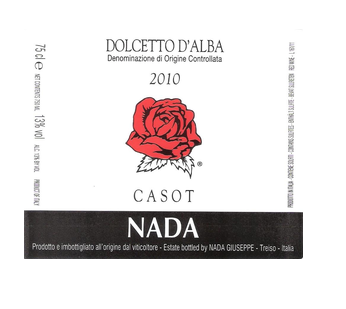 About the Producer: The winery and vineyards of Nada Giuseppe are situated in Treiso, one of the 4 villages in the Barbaresco D.O.C.G. zone, where the wine Barbareso hails from.

The estate vineyards are approximately 9 hectares(22 acres) in size and includes the well known crus of Casot and Marcarini; which are two of the oldest and most prized vineyards in Treiso.

In 1964, shortly before the Barbaresco D.O.C. was officially recognized in 1966, the winery made the transition from selling it's wine in bulk to estate bottling. In 1968, the family moved the winery from the old farmhouse in Casot, up the hill to Marcarini where they built a new winery.

Over the years the family has continuously updated the winery throughout with technical improvements while at the same time keeping their traditional winemaking philosophy.