A cop and a reporter meet
FALL IN LOVE AND START A WINERY...

When Jerry met Jennifer he was known around the Woodinville wine scene as the chemist, turned cop, who was almost always around to help with wine work. Jerry had been volunteering 40-plus hours a week at several wineries, including Mark Ryan Winery and Matthews Cellars, assisting friends with harvest or in the tasting room. When Jerry and Jennifer opened the Guardian tasting room in November 2007, all 350 cases – a mix of Gun Metal, Syrah and Cabernet, were gone by the end of the day. When the 2005 vintage was released months later, it was gone within a few days. For harvest 2018, Jerry, Dane and the team produced 16 different wines between the two labels; a total of just over 11,000 cases.

More About Jerry Riener and Team at Guardian Cellars 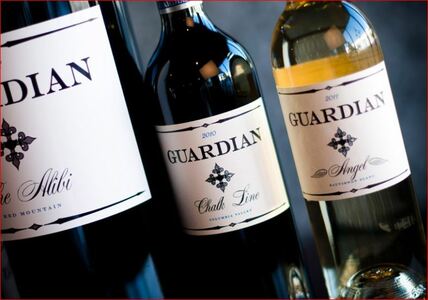